With a full-time staff of more than 300 employees and a seasonal workforce numbering in the hundreds, coordinating logistics between distant teams in support of large-scale productions requires precise planning and execution, with no margin for error.

“If something from Clearwing doesn’t work, 90,000 people are left wondering what just happened,” says Bryan Baumgardner, Director of Operations. 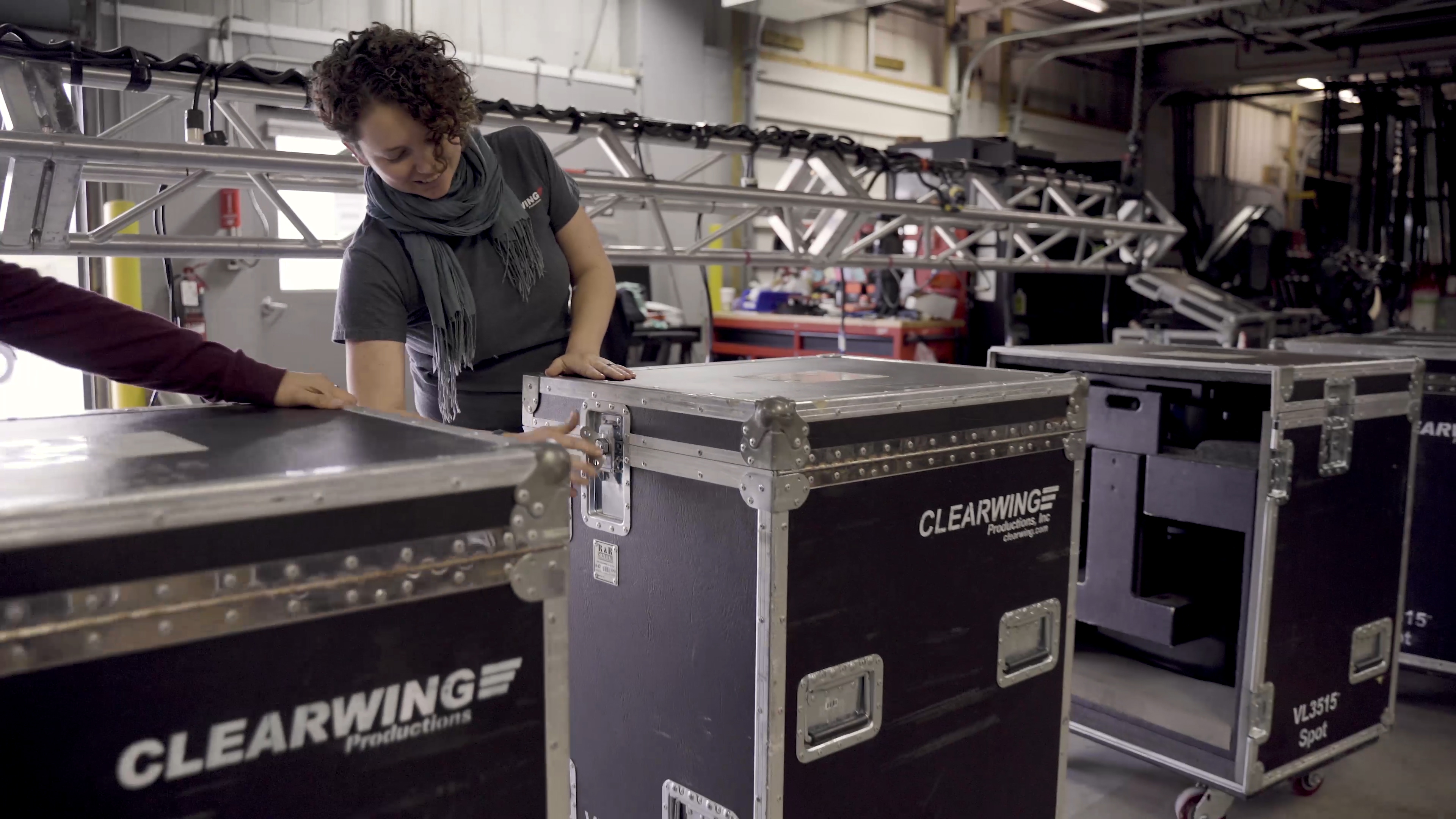 Clearwing is distinguished within the A/V industry for exemplary service, attention to detail, and a reputation for quality. Unsurprisingly, this has led to rapid growth, with expansion to major offices in Phoenix and Denver to accommodate a growing customer base.

A previous effort to improve collaboration led Clearwing to invest in a traditional codec-based video conferencing system. However, this limited the use of video primarily to pre-scheduled executive meetings closely managed by the IT department. The majority of the workforce was confined to communicating via email and audio conference, despite highly-complex projects and deadlines that required tight coordination between multiple crews.

When the annual renewal contract for the traditional video conferencing system arrived, the Clearwing Operations and IT teams examined the value they were receiving, and began exploring alternatives.

As a Google G-Suite customer, they sought a solution capable of integrating with existing workflow applications.  The solution also needed to be intuitive for users, easy to install and manage, and affordable enough for widespread deployment.

After seeing a demo of Logitech Room Solutions for Google Meet, Director of Operations Baumgardner asked the Clearwing IT team to further qualify Logitech’s all-in-one room packages. The facts surprised and delighted an IT team jaded by their previous video conferencing experience.

“For the cost of our maintenance contract with the old system, we’d be able to deploy video to all our meeting rooms, while dramatically reducing maintenance costs,” says Eric Latawiec, IT Support Specialist.  “Also, I wanted something that was easy for end users, to take one other thing off my plate. And I really wanted quality hardware. When I found that Logitech made the hardware for Google meet, it was a clear cut winner.”

Across every workspace and meeting room, Clearwing is now video-enabled with Logitech and Google. In larger meeting spaces, Clearwing deployed the Logitech Tap touch control console as the room interface, and Logitech Rally for the camera and audio components.  For huddle spaces and offices, they deployed Tap with the Logitech MeetUp conferencecam.

“The Tap interface is so simple, once we deployed it, people just went into the meeting rooms and pressed ‘Join’. The fact we didn’t get any end user questions was a good thing,” says Latawiec.  “I also really appreciate the mounting options for Tap. We can put it on the table or wall, and with the cable management and Rally mid pods, everything is neat and clean, with no clutter.

At the desktop, the Logitech Brio 4K webcam and Logitech Zone Wireless headset integrated seamlessly with the Google Meet platform as well, enabling remote users and team members to seamlessly collaborate with and share plans with colleagues across email, chat, and video.

“There’s parts of our team that are basically running video conferencing 24/7 to stay in touch and quickly reach out to people, so it’s something I only see going up in usage.”

“Video conferencing is already a huge part of our company and now I can see only getting bigger as we continue to expand and have more people.  There’s parts of our team that are basically running video conferencing 24/7 to stay in touch and quickly reach out to people, so it’s something I only see going up in usage.”

Read this whitepaper by TalkingPointz for an in-depth review of Logitech Rally, the new smart modular system for affordable video meetings in medium to large rooms.

Learn how I.T. teams can enable more productive and effective meetings by complementing best practices with the right video conferencing and collaboration tools.

Dave Michels, founder and principal analyst at TalkingPointz explains why MeetUp, a purpose built video solution for the small meeting spaces, is the right choice.

VIDEO CONFERENCING FOR EVERY SPACE.

Find out more about how Logitech video conferencing products

perform in a business environment.